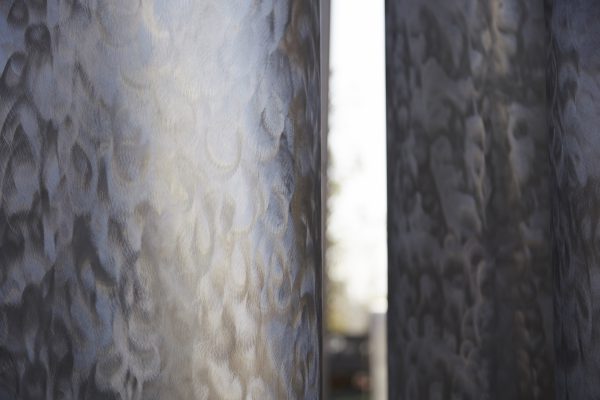 Message from the Artist
The work is not independent of the space it occupies and the relationship to the ground is important.
The idea comes from its title Grove, so it clearly relates to a group of trees or a group of objects standing together, and they have to do with light and water. And if I was constructing in terms of images, the standing objects are also the light coming trough rather than a solid object itself. The spaces in between are also the grove, so it is not just a set of trunks put together.
The surface, Witch is worked over with a grinder, makes the viewer and the object engage in a kind of dance; as you move around the light changes, and the surface changes and as your position changes. Despite the fact that it is a standing steel object, surprisingly it shows fluidity.