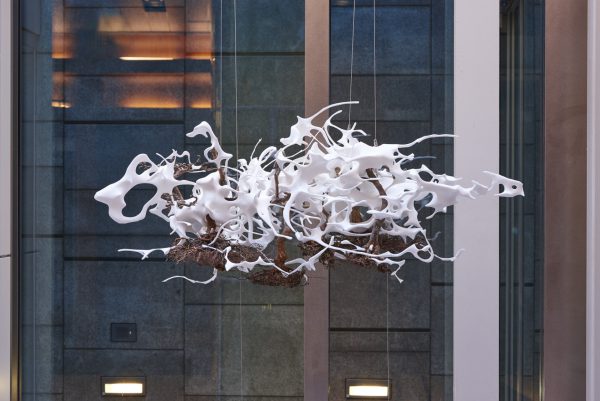 Izumo is another name for the Japanese goddess Izanami.
It is said that Izumo Province was named after the goddess.
This “aerial sculpture” formed through fluid simulation using dead bonsai expresses the blurry, cloudy lines between death and life, reality and non-reality.

≪ ART WORKS
back to INDEX