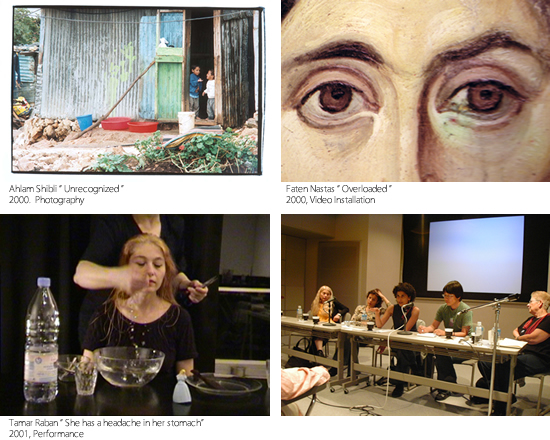 Empathy= To put oneself into the place of another, into another situation. The exhibition aimed to communicate the concept of Empathy as expressed by the female participating artists from four different cultures. The artists are from Israel, Palestine, Germany, and Japan.