FROM INSIDE THE BODY 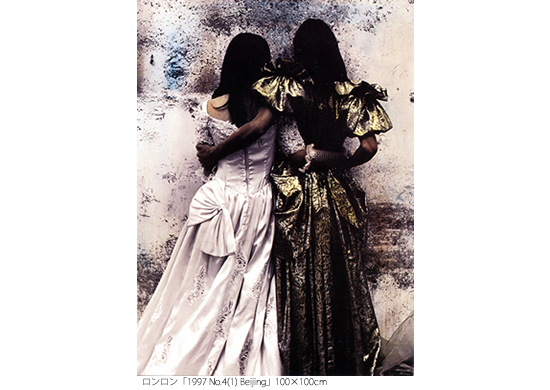 
In this exhibition photographic and digital image artists who became prominent in China in the latter half of the 1990’s was introduced. Their age was from late 20’s to late 30’s. They expressed their individual inner worlds with using images ; what they exprss is coming “from the inside the body.”

Most of the artists in this exhibition had been involved in a photo magazine called NEW PHOTO. Though it called itself a “magazine,” it was really hand-bound copies of photographs with merely twenty copies distributed. Passionate young artists created this magazine in order to publish their creative works. Most of them work in Beijing, and others live in various parts of China.

In careful observance of the works in this magazine, every artist pursues a totally different theme. Though I described them as artists expressing their individual inner worlds, each artist has his/her own content with his/her own unique proclivity and possibility. Many found their place of expression in NEW PHOTO and, in the future, they will pursue their own paths in order to find their own individual true “selves.”[:]