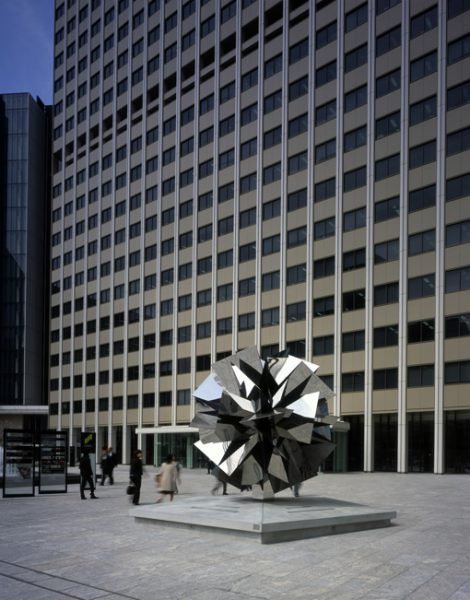 “Kasumigaseki/Toranomon Area” has developed as the government ministry district and became the center of governmental and political power in Japan after the Meiji Restoration. Kasumigaseki Building, the symbolic landmark in the area, was completed in 1968 as the first skyscraper in Japan. In concert with the extensive changes of the re-development of the neighbouring plots and the reconstruction of the adjacent Tokyo Club Building, a renewal project of the lower stories at Kasumigaseki Building is completed. The second floor level square features poly stella in the center of the square that symbolizes the project.

≪ ART AND CITY
Back to INDEX