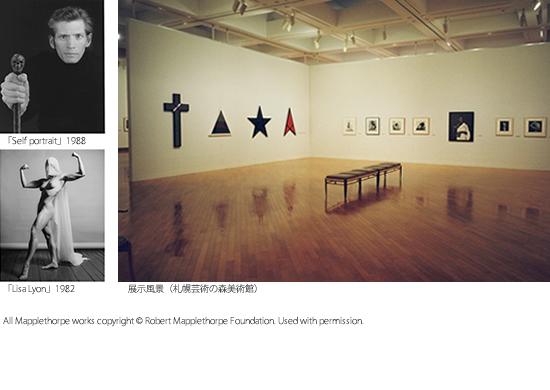 This exhibition is a big retrospective of Robert Mapplethorpe, who is one of the best American photographer in 20th century.